The Magellanic penguin is a species that does not live on the ice and is commonly seen on the Brazilian coast, especially in winter, which is the migration season for this species, when it leaves Patagonia in search of food in warmer waters. After swimming long distances, some penguins get lost in the group and find it difficult to hunt or ingest garbage, and arrive at the coast extremely weak. Some of them, after being rescued, manage to be released into nature. However, others do not recover 100% and are transferred to aquariums and zoos, where they are very well looked after. A first group of penguins that arrived at the aquarium came from the Wild Animal Rehabilitation Center (CRAS) in Rio Grande do Sul and a second group came from a CETAS in Bahia. In addition to these, some were born in the aquarium itself, and recently there was the arrival of our last member, a female penguin who came from IPEC (Cananeia Research Institute) after being found on a beach. This animal appeared with a visual impairment that, even after being operated by specialists, proved to be irreversible, which would make it impossible to survive in a free life. Thus, he was taken to the São Paulo Aquarium and introduced to the new group, and today he receives all the necessary care and was nicknamed Guta Tereza.

There are currently more than 15 species of penguins and, according to scientists, at least 40 have already become extinct. Of the existing ones, the largest species is the emperor penguin, which is about 1.20 m tall and weighing up to 41 kg. The smallest is the blue penguin, only 43 cm tall and weighing up to 1 kg. Magellanic penguins, in turn, are characteristic of the coast of Argentina, Chile, Uruguay, Malvinas and also in southern Brazil. This species of penguin does not inhabit the ice, normally living in milder temperatures. Magellanic penguins are great swimmers, they can reach up to 40 km/h.

In a natural environment they consume fish, squid and crustaceans, as well as in the São Paulo Aquarium.

They inhabit the Atlantic and Pacific seas of South America, more precisely in Argentina, Chile, Uruguay, Peru, the Falkland Islands (Malvinas) and, due to the influence of winter (May to August), they assume as part of their migratory route the south and southeastern Brazil. 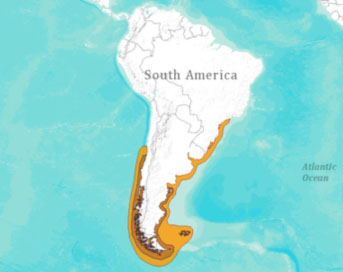 This species is considered to be almost threatened with extinction. The main threat of the Magellanic penguin is oil spills and other hydrocarbons (which were responsible for the deaths of more than 20,000 adults and 22,000 juveniles in a single year off the Argentine coast), predatory fishing of important species in their diet. animals and climate change (such as global warming, which, for example, may change the precipitation regimes in nesting colonies, with the possible consequence of the flooding of nests and death of young).

They inhabit the temperate coastal region of South America, being able to frequent more tropical regions when they are not in reproductive phase.

The adults arrive at the breeding sites in early September, where they make nests under bushes or holes and cover them with feathers, sticks, leaves and algae. At the end of October / beginning of November, the female lays two eggs and both the male and the female will take turns in the task of hatching the eggs which take 39 to 42 days of incubation.