The wombat that now lives in the São Paulo Aquarium came from a Tasmanian Zoo. King, as he is affectionately called, since he arrived helps us to show the threats that human beings can cause in animals, such as being run over, accidents with dogs and, mainly, the misinterpretation of people with animals that are considered “ pests ”.

These animals live in groups, with approximately 10 animals, being normally a female with her young and may include one or more males. They are twilight and nocturnal, resting in the shade during the day. 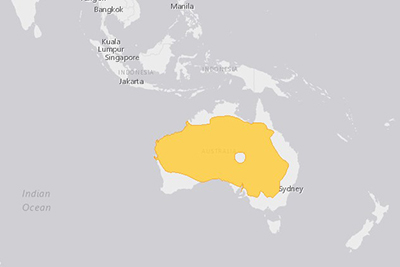 Despite hunting, this activity is regulated and controlled, not drastically affecting the population of kangaroos.

Males dispute access to females, monopolizing reproduction to the dominant. This species has a short gestational period, at birth (approximately after 33 days of gestation), the puppy goes to its mothers pouch, where it stays until it is fully formed. This species has a gestational diapause, where it is able to delay the development of one puppy, while another is in the pouch.