The first individuals in the group of meerkats residing in the aquarium were transferred from a European Zoo, but - over the years - other individuals joined the group through the reproduction of the dominant couple in the group. The presence of meerkats, an animal much loved by the public, allows us to address the importance of animals that feed on insects and spiders (as is also the case with frogs, small rodents and skunks) to keep the ecosystem in balance.

Daytime, build a complex system of dens, live in flocks of up to 40 individuals. Those who see meerkats just 30 cm tall cannot imagine how brave they are and capable of facing even snakes when they feel threatened. They are territorial animals and fiercely defend their territory and their dens from rival bands. The main predators of meerkats are eagles and jackals. If several meerkats are sunning themselves, one of the group will always be on the lookout to alert the others of a possible attack, it is said that this animal is the sentinel of the group.

In a natural environment, they are mainly insectivores, feeding on small insects, spiders and scorpions. They also feed on small vertebrates, eggs, leaves and fruits. At the São Paulo Aquarium, their diet consists of beef, poultry, eggs, vegetables, feed and insects.

Meerkats occur in southwestern Angola, as well as throughout Botswana and Namibia and in northern and western South Africa. 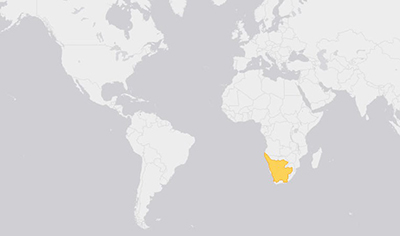 They are affected by tuberculosis (especially when close to farm areas) and by pet trafficking. Despite this, they are not yet considered threatened with extinction.

Arid and open regions, with some grasses.

The group of meerkats always has a male and female couple who are leaders and responsible for the majority of the offspring. Two to five puppies are born per litter, who are cared for by their parents and a nanny.